The National Institute on Drug Abuse (NIDA) has awarded $5.5 million to two University of Colorado professors to study how cannabis legalization has impacted human behavior.

The study, led by behavioral geneticist John Hewitt and psychiatry professor Christian Hopfer, MD, will collect data from 1,000 sets of twins in Colorado and Minnesota ages 23 to 29 over a period of five years. They’ll be examining self-reported cannabis use and any changes in mood or behavior.

“It’s probably not a lot different than you would have seen when you moved from prohibition to alcohol becoming available again,” Hewitt told 5280. “You would expect that for many people it would be a neutral thing (legalization wouldn’t impact their behavior), for others, there’d be some benefit (to legalization) and for others, there’d be some adverse consequences.”

Recreational marijuana has been legal in Colorado since 2014, so twins in Minnesota, where recreational cannabis is still illegal, will act as the control group. Hewitt says that they hope to find out if legalization has increased cannabis use, and whether cannabis use impacts the frequency of using alcohol or other substances. They’ll also monitor any changes in the study participants as far as mood, employment status, family functioning, and educational completion.

The study is the first and only of its kind in the nation, but some are skeptical of the study because of where the funding is coming from. Allen Shackelford, a physician, medical marijuana administrator, and CDPHE Medical Marijuana Research Grants Program board member, explained that “NIDA has a history of funding studies that are intended to support their preconceptions about whether something is dangerous or not.”

Hewitt, however, said that their study is set up to look at any correlation between cannabis use and mood or behavior changes, rather than causation. Hewitt and Hopfer will be studying both identical and fraternal twins, which will help determine if there’s a correlation between genetic makeup and any changes in behavior that can be attributed to cannabis use.

“What we often find in the kinds of studies we do is that actually both the twin who uses the substance and the one who doesn’t are equally likely to show the apparent consequence (of behavior or mood changes),” Hewitt said. “…we are probably in a better position to shoot down a causal relationship than we are to establish one.”

Ken Gershman, who manages the Colorado Department of Public Health and the Environment (CDPHE) thinks that the study will contribute to the conversation around cannabis.

“Although there is much existing research on the negative cognitive and mental health effects of MJ use, much of it pre-dates (recreational) MJ legalization,” Gershman wrote to 5280 in an email. “…I think this study will contribute to and inform policy discussions.”

Hewitt plans to start recruiting sets of twins in January, and while the study is slated to last five years, he expects to begin publishing preliminary findings in one or two years.

“Educating and Empowering the individual to manage their health through natural medicine.”

To become an affiliate or for inquiries email: info@thehopegrowsfoundation.org 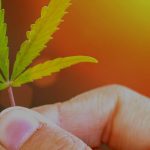 These products are intended for visitors age 21 and older.